For the past year, our television has been wider than our refurbished (I use that term rather loosely. Mom and I gave it some feet, a new shelf and a little touch up of paint) tv stand. My parents got us a nice television for Christmas last year, so this year we decided to get ourselves a little present: a tv mount. 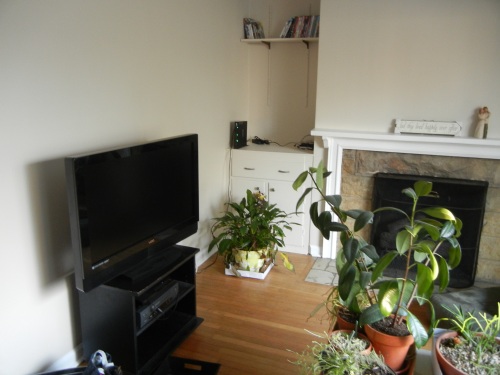 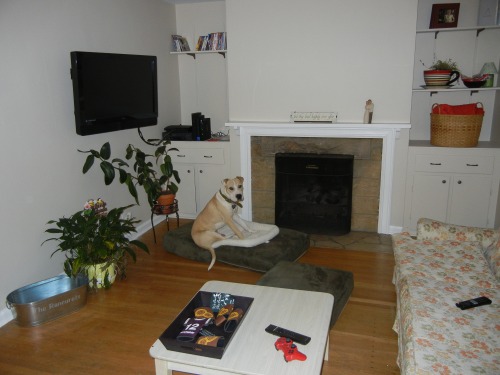 The living room after the television has been mounted

To keep the television from scratching up or nicking the plaster walls, we also devised a little system to keep the hard metal bars away from the wall. 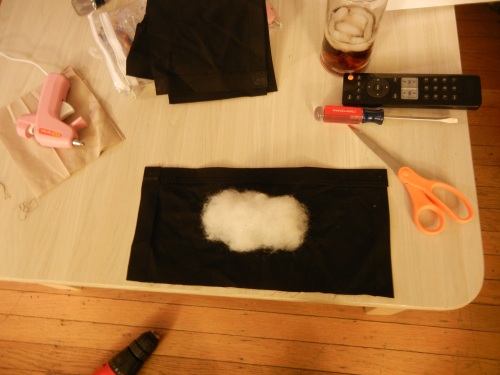 The makings of TV mount bumpers

I folded some spare fabric I had around some spare fiberfill. I glued it into a pillow with a pocket on the outside to go around the metal bars. We tested them (very gently) and see to stay put well and do what they were meant to!